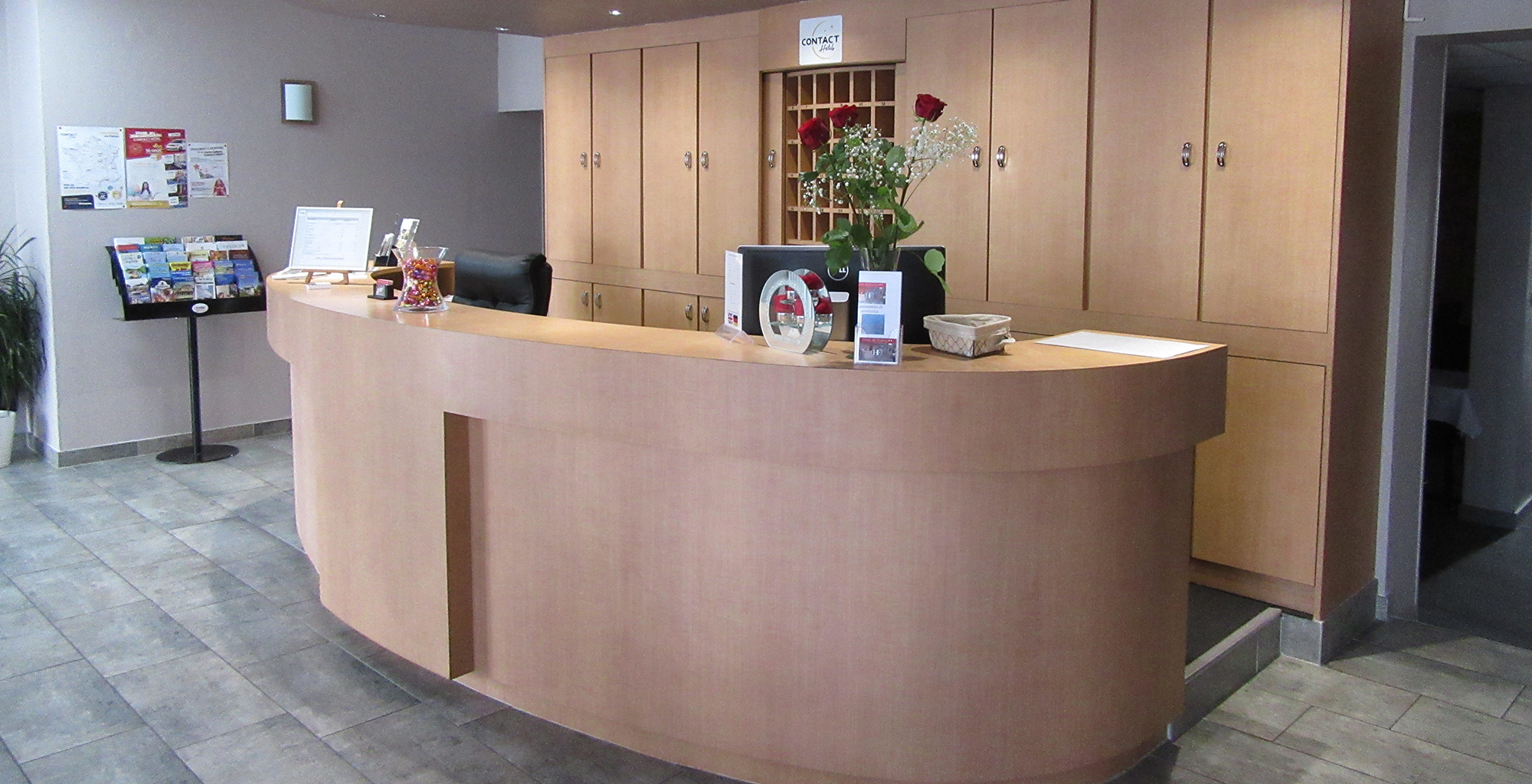 Activities in the area of Saintes 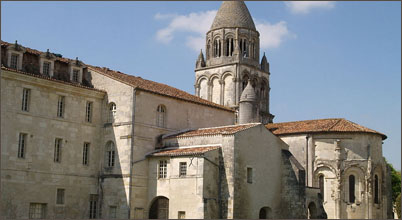 Created in the 11th century, the Abbaye aux Dames was the first female monastery in Saintonge. It influenced the area during 745 years, as long as nuns lived there. Nowadays, it is a touristic and cultural center in the heart of the city and it hosts an important cultural life (Festival de Saintes, Saison Musicale, Jeune Orchestre Atlantique, Conservatoire...).
Website : www.abbayeauxdames.org 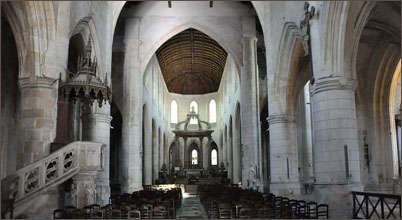 The Saint Peter's Cathedral is located in the heart of the old town. Its massive bell tower, which replaces the spire that was never built, stands out with its lead dome. Although the cathedral was never finished, it became a major monument of the Flamboyant Gothic style through its reconstruction, which started in the 15th century, particularly because of its rich architecture. In the history of the Saint Peter's Cathedral, you can find fires, reorganisations, partial collapse, Hundred Years War, religious wars, lack of funding...
Website : www.patrimoine-histoire.fr 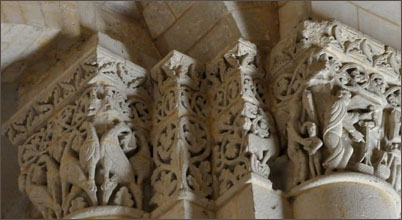 It is a Norman church from the 11th century. It was built by the monks of Cluny (abbey) around the tombstone of Saint Eutrope, the first bishop of Saintes.
As a stage in the Camino de Santiago de Compostela, its bell tower in Flamboyant Gothic style of the 15th century that dominates the city and the originality of its plan stand out. Two churches (choir and transept) are placed on top of each other and connected by a unique nave (destroyed in the 19th century).
Website : www.patrimoine-histoire.fr 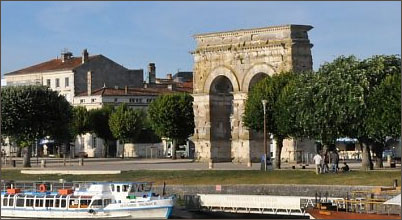 The Arch of Germanicus

It was built in 18-19 AD by Caius Julius Rufus, a public figure of Saintonge, who dedicated it to the emperor Tibere, his son Drusus and his nephew Germanicus. This arch was used as a gate to the city, the two arches indicating the two traffic flow directions.

Threatened during the destruction of the bridge, it was dismantled and rebuilt on the right bank, a few dozen meters away from its initial location, thanks to the intervention of Prosper Mérimée (a French  writer) in 1843.
Website : www.patrimoine-histoire.fr 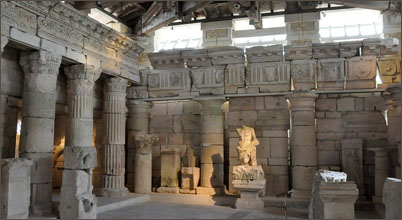 Located near the Arch of Germanicus, it gathers Roman vestiges, columns, capitals, bas-reliefs but also objects from the daily life such as tableware, clothing, games, rituals... You can see an extraordinary piece in this museum: the remains of a Roman parade chariot.
Website : www.ville-saintes.fr 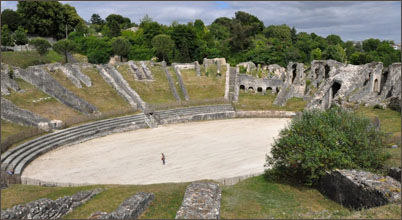 The amphitheater is the most important vestige of the city, better known as the “Arènes de Saintes”. Its construction began under the reign of Tibère and ended under the reign of Claude around 40 AD. It was built to seat between 12000 and 15000 people around bloody and violent shows. Nowadays, festivals and concerts bring the arena to life again, like in the Roman era.
Website  :  www.patrimoine-histoire.fr 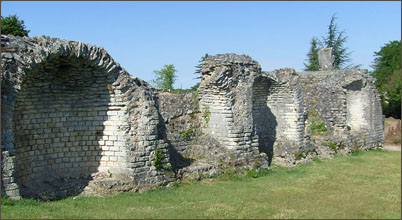 The Saint Saloine Thermae were built during the second half of the 1st century. They are the vestiges of one of the numerous spas built in Saintes during the Roman era. The extracted remains allow us to partially identify the hot bath area (caldarium). The site of the Saint Saloine Thermae is listed historical monument since the 25th May 1904.
Website  : www.monumentum.fr

Cruises on the Charente river